This is my life unfolding…

The oldest 3 kids and I took a tour of one of the Toyota factories. One of the leaders in my son’s Boy Scout troop set up the tour. She is seriously amazing and I totally admire her passion to make sure the boys experience everything. In fact, all the leaders of the troop are pretty fantastic. I really could gush about them all day, but I am here to write about our trip. When the prospect of a tour was offered I jumped on it because it would be a duel experience for us; a scout outing AND a field trip! Score!

A friend and I switched kids; she took my younger 2 and I took her 2 older boys to the factory tour. It was a lot of fun and everyone was well behaved. 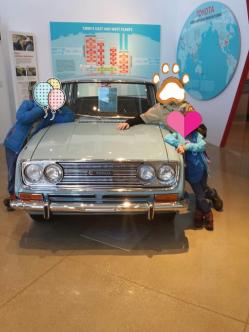 Elf and 2 of the extra kids I had.

We were the first to arrive to the factory and had the chance to look around the Visitor Center. It was a lot of fun. There was plenty of hands-on stuff to occupy the kids. Once the rest of the troop was there we headed into a room to watch a brief video and then we headed to the tram. 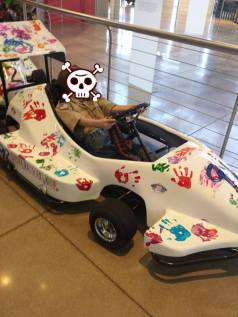 What was the first thing the kids noticed? They had a blast pretending to race each other.
Here is C-Dog

Can I just say Toyota is impressive! Did you know they have a zero landfill policy? They recycle everything! Their facility is amazingly clean. I don’t know about you but when I think “car factory” I think grease, oil, dust, etc. 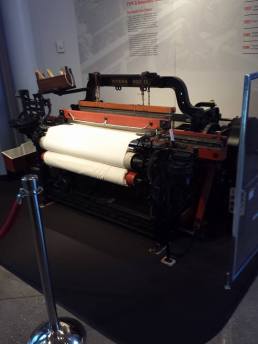 We learned that the plant used to produce the Tundra, but now makes the Sienna, the Highlander and the Highlander Hybrid. Most are already bought by individuals or dealerships. 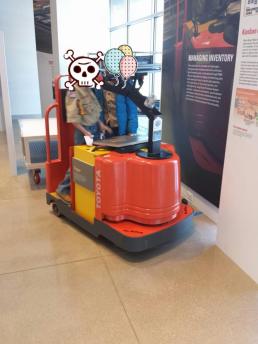 During the tram tour we got to see the manufacturing process of the Sienna first hand. No pictures were allowed though. I can tell you they make excellent use of all their space and we often had vehicles passing over our heads on conveyor belts! We also learned that Toyota takes their workers’ ideas seriously. When a team member has an idea that will make their job easier and/or more efficient Toyota listens and implements the idea. We actually saw at least one such idea being used. How fantastic to work for a company that actually listens! We also learned that the use of robots does NOT replace the worker. Robots are used to help and not replace. That is reassuring since jobs are hard enough to come by; trust me I know! 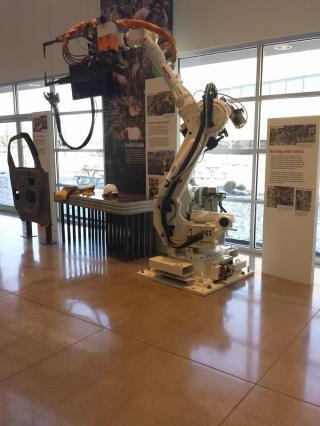 An example of a robotic arm used to help workers

Toyota has several cafeterias, vending machine areas, several work-out ares, an on site pharmacy, a day care center, and more. I was left with the impression that they take good care of their employees. 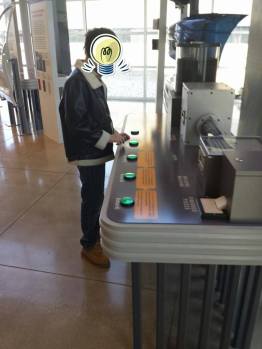 Bug checking out the plastics exhibit which uses a simulated process that demonstrates injection molding used to mold all the plastic vehicle parts in the plant.

The workers are efficient. They have an allotted time to complete their task on each vehicle; about 60-90 seconds per car! They have safety measures in place and each vehicle is examined and tested. I was amazed at the speed and efficiency in which they worked. 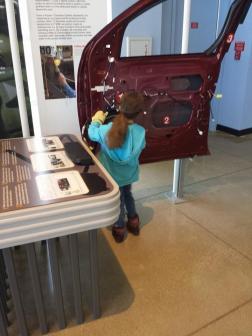 Elf is working hard to make a car door in the allotted time!

Toyota is involved in the community and encourages all of their employees to do volunteer work. I think all companies need to do this. I also noticed that on the grounds they have an A-forestation section were they are growing new trees. What a great way to counter the Carbon Footprint they are creating and a true inspiration to the rest of us.

Overall, this trip was fantastic. What I saw of Toyota was incredible. I really can’t say enough positives about them based on what we saw. If you ever have the chance to tour a car factory I recommend it. Maybe your experience won’t be as positive as ours, but it was a true learning experience and it is something my kids will never forget.

**This is not a Toyota review. This is simply a post about a field trip to one of their plants. We had a great experience. All the opinions are mine based on what I saw during the tour.